Female Genital Mutilation (FGM) is internationally recognised as a gross violation of human rights and a form of gender-based violence.

According to the Central Statistics Office, 5,790 women and girls in Ireland are FGM survivors, and there is an estimated 1,600 girls deemed at-risk.

The practise of FGM is usually targeted at schoolgirls, with FGM ceremonies planned in their parent’s home countries to coincide with holiday breaks. In the current situation, intermittent opening/closing of school and travel restrictions; ActionAid Ireland believes, with the lack of opportunity to travel to home countries and confinement to family homes, there is a serious danger the practice will continue and indeed increase here in Ireland.

ActionAid and other members of the National Steering Committee on FGM are calling on the Government to eliminate FGM in Ireland by committing to the development and implementation of a National Action Plan on FGM.

This comprehensive plan would involve a government-led response in collaboration with state-bodies, civil society groups and affected communities, as well as funding and supporting anti-FGM programmes and providing key targets and indicators to measure progress towards eradication.

Other policy suggestions put forth by the National Steering Committee on FGM include:

Over 10,500 people signed our petition calling on the Government to commit to ending FGM in Ireland.

We sent the petition to all TDs and Senators. The following politicians pledged support:

Minister McEntee stated this issue falls with Minister for Health, Stephen Donnelly T.D. We have asked him to comment on the issue but have yet to receive a response.

ActionAid Ireland and other members of the National Steering Committee on FGM – alongside members of the public – will continue to advocate the Government to eliminate FGM.

We have been working in Ireland on this since 2016, implementing a project aimed at preventing FGM through empowerment and awareness-raising activities using an ActionAid methodology. The approach – ‘Reflection Action’ – has been used successfully by ActionAid in many countries for many years. As a result, the approach has been adopted by over 500 organisations in 70 different countries globally – all reporting positive results in the fight against FGM. In 2021 we will be working with women and girls, men and boys in direct provision centres around Ireland – delivering online training to those who are predominantly from FGM practising countries.

Have a better period 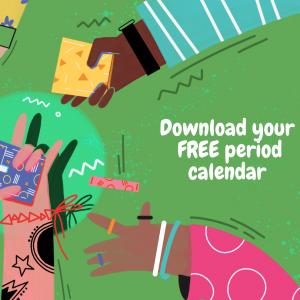